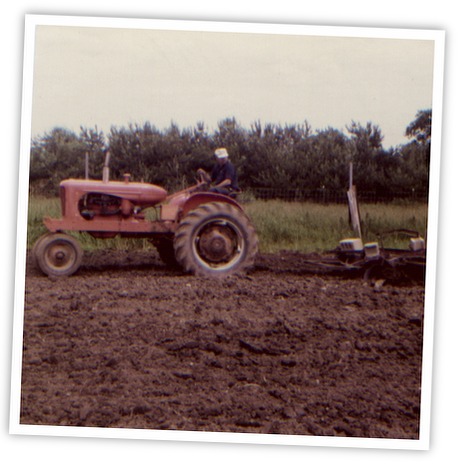 John, and his cousins spent many of their younger years at the farm working alongside their Uncles, Fathers and Mothers. The Balen family went out of the mink business in the mid sixties but the farm remained. Uncle Mike continued spending his free time on the farm raising any animal he felt like and turned them all into pets with names. Reserved only for his pets, his favorite saying was “Who Loves Ya?”

Over time he started gardening on a larger scale now that the space was available. His sister and her husband who was also a combat veteran lived in the farmhouse with their two daughters. Uncle George was quite the gardener with his straw hat and his corncob pipe resting his chin on the handle of his hoe and gazing across his lush vegetable gardens. One time when John was about ten he asked Uncle George when was doing his gazing “What ya thinking about?” George replied, “How peaceful it is here.”