We wanted to share this from Gibbie Buchholtz, thank you for such a nice write up!

On Monday December 7,2015 at noon on Pearl Harbor Day a new flag & flag pole were dedicated at The Freedom Farm for Vets at 13155 West Hart Street in Wadsworth, Illinois.

The flag & flag pole are a gift from The Knight’s Of Columbus At Our Lady Of Humility Church In Beach Park, led by member Richard McFarlin, Master Sergeant, United States Army Retired.

Freedom Farm is a place for Veteran’s who suffer post-traumatic stress disorder. Freedom Farm was founded by John Ress.  John & his lovely wife Jody said “the farm offers a hands-on opportunity in running a farm, which can be done in solitude, with animals or in the company of other Vet’s who have similar experiences.

Anyone who is interested in donating can do so on the web site, freedomfarmforvets.org. Donations can also be made by check or money order and sent to America United Bank And Company, 36044 N. Brookside Drive, Gurnee, Illinois 60031. Checks can be made payable to Freedom Farm For Vets. 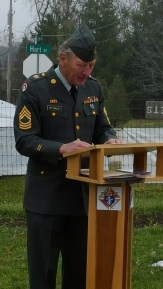 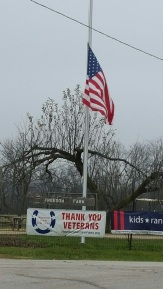 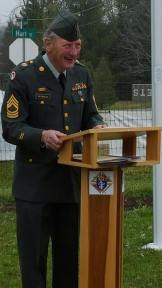 Filed under Events, In the News